He is passionate about helping his patients achieve long­-term relief 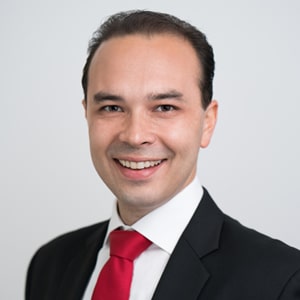 Registered Member of The Chiropractors’ Association of Australia
(CAA)

Registered Member of The Chiropractic & Osteopathic College of Australia (COCA)

Dr Richard Edward Kissun is an Australian Chiropractor from Sydney, Australia and has been practicing in Singapore for over a decade. He is the Founding Director and Principal Chiropractor at Kissun Chiropractic.

Dr Kissun is highly sought after for his vast knowledge and expertise in treating both routine and complex neuromusculoskeletal conditions (nerves, muscles, bones, skull and spine).

Treatments are customised to patients’ specific needs and preferences. His multidisciplinary approach is highly effective in resolving pain and restoring and maintaining long-term health for his patients.

As part of his commitment to public service, Dr Kissun gives his time to educating the general public by conducting health seminars and spinal screenings in corporate organisations, schools, community centres and churches. He has been consulted to advise on chiropractic care and the importance of ergonomics at work in a feature article of an issue of HRM Asia magazine and HRM TV released in December 2012. He has also been interviewed on radio station 93.8Live “Small Talk, Big Returns” in February 2013, on selecting the right mattress and pillow in an article in the Straits Times “Watch Your Back”, (ST, 22 March 2014 pages E16 & E17), in a feature article on chiropractic in the April – June 2015 issue of This Quarterly magazine and November 2015 issue of the Singapore Law Gazette.

Make an Appointment
Learn About Our Approach

Call (65) 6243 2191 today for a consultation with our doctors.
© Kissun Chiropractic Pte Ltd. All Rights Reserved.